SlayHack is a unique blend of roguelikes and card games, designed to be enjoyed over short coffeebreak sessions. Delve into a mysterious Nightmare, build your deck and upgrade your cards through the relics you find in your journey to achieve unbeatable synergies. Defeat the Heart of the Nightmare!

Drag cards from your hand or inventory to your portrait or to enemies in order to use them. Whenever you use a card from your hand, another will be drawn from your deck with replacement.

You can sacrifice skill cards in your inventory to add them to your deck.

Click on your portrait to go to the deck screen, in which you can remove cards from your deck.

Windows: The Optimized version might trigger antivirus software but should run better on low end machines. The Compatibility version should not have problems.

macOS: Please use https://itch.io/app to download the game if you encounter any issues with execution.

Game is very good, but crashes after you kill the nightmare heart.  Note that if you are cool with infinite loops, you should really add a win-con button; steak+upgrades = as much health as you want once there are no enemy-only cards in your deck, assuming you can ensure starvation is impossible (not hard since steak is part of your win-con).

SlayHack is my favourite game from this 7DRL, by far.  The design is great, the core loop is engaging and whilst it is simple there is lots of fun in working through the various interactions. I'd love to see this game develop and add more complexity and depth but for a 7DRL it far exceeded my expectations. Fantastic work, dev.

So, two things,  Running Chrome under Suse Linux.  Browser crashed after defeating the Nightmare heart with Rogue.
Also, trying again, but for some reason the upgrades aren't staying put?  Everything reverts back to +0.  Unless I bought it at a set rank.  This is new and didn't happen before.

Thanks for the OS information! I am unable to replicate this in my Ubuntu browser. However, I have put in a fix that would deal with this into the next version.

All upgrades through skills are temporary, unless you buy it at a higher rank. The "Upgrade" keyword does state this.

Ah!  My mistake!  I had thought the upgrades were permanent because I would swear they stuck around when I played a few days ago.

I look forward to the update.  Great game!

I'm enjoying this game so far and look forward to further development.

The difficulty level is about right for casual play and I like the reveal-to-inventory-to-deck mechanic.  There are some balance issues with cards, though nothing game-breaking: both Anticipate++ and Apple++ pale in comparison to simple (and common) Green Tea, etc.

One thing that's really throwing me though is that cards are drawn with replacement, meaning that my hand sometimes fills up with cards that are difficult to play—in particular things like Slam in the Barbarian deck, which can easily get you killed.  If cards were instead drawn without replacement, I could at least rest assured that, e.g., both of my Slam cards are already in my hand and I won't see any more.

Edit: Corrected card name from Bash to Slam; guess I'd confused it with another game.  Same idea, though.

Tactician class has 4 Slam cards in his deck, which does amount of damage equal to current defense (double on ++) to both, hero and enemy, and I had similar problem with them like you with Bash for Barbarian.

I sometimes ended up with 6 Slam cards in my hand, because I did not use them at all (or got rid of them with enemy attack 1 when having defense 0) or sometimes I had 6 Upgrade cards or non attack cards when meet Golem (high attack and health).
When you go to your deck, you can remove cards for 10 gold by clicking on them, and thats is what I do first when playing Tactician, I remove that Slam cards.
Additionally, I only put ++ new cards to my deck.
It would be better if system would allow only 2 same cards in your hand, but I know it is roguelite, so it must be random heavy and depend on your deck building, but this is not easy since it costs a lot of gold and time to make it right.
I think that best option would be ability to organize your starting deck before first level of dungeon, and later on current rules.
I mean, you have access to all your class starting cards, and can decide what cards you want in what amount, but being limited to total of 25, and each card could appear 1-4 times (and some better ones 1-2 times).
This would allow to tweak your own play style, improve tactical aspect, and reduce luck aspect.

how do i turn off the music

also it crashes every time i kill the nightmare heart

The HTML5 version is now updated to include a sound adjustment menu. For the Desktop versions the update will come with the next expansion, which will add content beyond the Nightmare Heart and should be out by the end of the next week. You should however be able to play and encounter new enemies (++ variants) after the Nightmare Heart. I am unable to reproduce a crash at the Nightmare Heart; which platform are you using?

windows 10 64 bit. i was able to fix it by downloading the compatability version but in browser the entire thing freezes whenever i land killing blow on nightmare heart

You are good. Were you able to defeat the heart with tactican class?

no, I tried all of them and decided i liked rogues starting deck the best

Reply
The GDWC3 years ago

Really cool card game to play! Had a great amount of fun plying it I've played Ninja and Arcanist, I managed to get to level 5 as an Arcanist! Love the mechanics, really easy gameplay, keep it up!

Have you considered participating in our Game Developers World Championship ?  The competition is totally free and with winning prizes ! Our mission is to support and reward the Indie game developer community.

Thank you! This seems interesting, I'll look into it!

Reply
The GDWC3 years ago 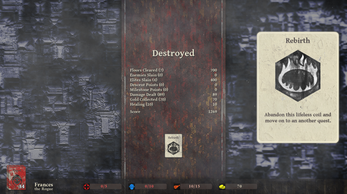 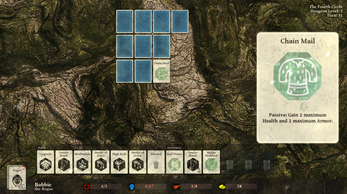 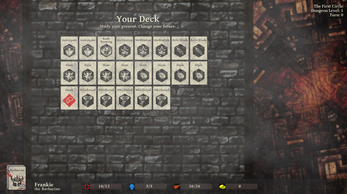 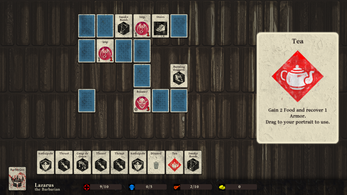 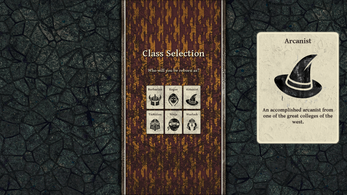 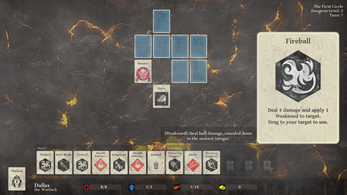